CareersLoginContact Us
back to all
prev
11 of 64
next

On 9 June, Kazakhstan will hold its first presidential election without Nursultan Nazarbayev, who stepped down in March after nearly 30 years in power and against the backdrop of growing public unrest. Interim President Kassym-Jomart Tokayev called for a snap election in April, and he will run as the candidate for the ruling Nur Otan party. The transition of power to Tokayev has thus far been smooth, and the upcoming poll has been assessed by observers and critics as a formality rather than a pivotal moment to spearhead any substantive political change.

Nazarbayev, for one, is keen to maintain the continuation of his policies, and his backing of Tokayev provides that insurance. Secondly, endemic corruption and nepotism has fuelled a patronage political system dominated and controlled by Nur Otan and Nazarbayev’s supporters that has a low tolerance for opposition groups. It is a system that enables Kazakhstan to have one of the most stable political environments in the region – a factor that has attracted significant foreign direct investment (FDI) over the past decades – and allowed unprecedented economic growth. With the elections Kazakhstan is arguably entering into unfamiliar territory, and this could have adverse implications on political, economic and security risks. 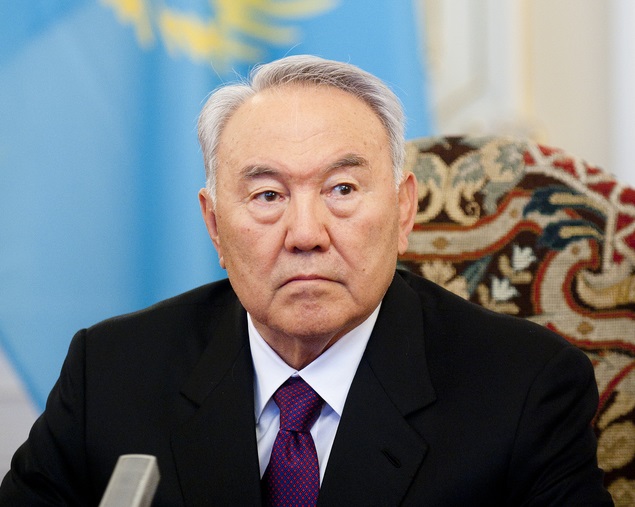 Anti-government sentiment has long been bubbling under the surface of Kazakh society, mainly driven by poor socio-economic conditions and repression of democratic freedoms. Despite the country’s economic growth, there is unquestionable disparities between the elites and the ordinary Kazakhs. High unemployment, rising commodity prices and extremely low wages have generated strong anti-government sentiment. This came out into the public domain violently in February, following the death of children in a house fire that has been attributed to poverty caused by government policies and was the catalyst that for mass mobilisations against the Nazarbayev government.

After weeks of demonstrations, on 19 March Nazarbayev announced his surprise resignation as president. A day after Nazarbayev stepped down, Tokayev, the then-speaker of the upper chamber of parliament, and a Nazarbayev loyalist, was sworn in as interim president. Despite the upcoming election and Nazarbayev’s resignation, public animosity towards the Tokayev government have not been subdued as they recognise that ultimate political power still lies with Nazarbayev.

Even efforts to enshrine the legacy of Nazarbayev have been met with public demonstrations. On 1 May, police arrested dozens of protesters during demonstrations against the decision by the Kazakh parliament to rename the capital Astana as Nursultan. Expressions of anti-government sentiment have continued in the capital. Opposition groups, including the banned Democratic Choice of Kazakhstan, called for supporters to hold demonstrations across the country to protest against the elections, and called for a boycott, dismissing the poll as ‘an orchestrated handover of power’.

So far, much of the public unrest has been relatively small and localised to Nursultan and directed towards the presidential palace, on Dostyq Street, in the city centre. The government has been able to manage the threat through tried and tested means, including exercising the power of detention, particularly pre-emptively. However, a significant influencer that can generate a great deal of momentum for grassroots social movements and political activists is social media.

As in similar countries in Europe and the Middle East witnessing mass anti-government unrest and sentiment, there is a credible scenario where social media galvanises opposition forces to mobilise against the government in the short to medium term. Earlier in May, the government shut down numerous news websites, social media sites and encrypted messaging apps, illustrating its concerns over the spread of information capable of inciting unrest and other subversive activities. These clampdowns also have very clear implications on foreign companies that sanction the use for messaging apps for official communications.

So far, there has been no significant impact on foreign commercial activities, and the fact that these public demonstrations have continued illustrates a viable risk to monitor, particularly after the elections. 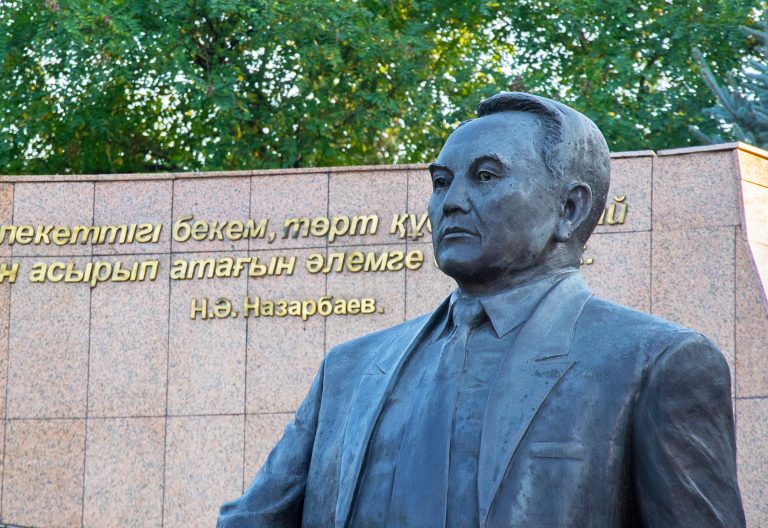 Tokayev: the next president

Patronage and corruption have co-opted democratic norms, in particular the system of checks and balances, and blurred the lines of oversight and accountability between the branches of government. A strong state intelligence and military apparatus enabled Nazarbayev and Nur Otan to crowd out or extinguish subversives and potential opposition, thus prolonging hegemonic and unfettered rule. The political and bureaucratic landscape has not changed despite the government’s promises for reforms, and the likelihood of post-election change is very low at this juncture.

On 29 April, eight nominees submitted their candidacy for the presidential election to the central election commission. A near-certain outcome is a victory for Tokayev, as other candidates are either unknown figures nominated by pro-government parties or lacked enough time to mount a serious political campaign. This is in keeping with the strategic calculus of the Nur Otan government. The only real opposition in the country to the Nur Otan party is the centre-left Nationwide Social Democratic Party. However, it has no seats in parliament and is boycotting the elections.

Tokayev has already carried out changes to bolster his profile and gain support. He has lifted a ban on internet use during the evenings that was introduced on 9 May, Kazakhstan’s Victory Day, as social media was being used to call for demonstrations. However this repeal may come under to end should there be a security requirement.

Tokayev has also suspended the construction of the Kokzhailau ski resort in the Kok-Zhailau plateau, to placate environmental activists opposed to the project. So far, these moves seem to have paid off. In a recent government poll, Tokayev was the most popular candidate among the electorate.

The upcoming elections also paves the way for further Russian and Chinese influence in the country. After Kazakhstan’s declaration of independence from the disintegrating Soviet Union in 1991, one of Nazarbayev’s main priorities was to create a national identity in a country historically populated by nomadic ethnic Kazakhs. Despite arguably succeeding in his task, Russia still holds a huge influence on the country, due to the fact that a quarter of the Kazakh population are ethnically Russian.

Any potential unrest between the large Russian minority and the Kazakh government could spark an intervention by Russia’s President Vladimir Putin. This would follow a precedent in Ukraine. In 2014, Russian forces and proxies annexed the Crimean Peninsula, where the ethnic Russian population had been at odds with the Kiev government.

Meanwhile, over the past few years, China has been gaining more influence, due to its economic interests across the region, particularly its Belt and Road Initiative (BRI). Nazarbayev strengthened ties with China in 2013, as a way of reducing reliance on Russia. However, China’s growing influence is raising animosity levels among many of the 250,000 ethnic Uyghurs in Kazakhstan.

China is holding more than a million Uyghurs – and other minority groups, including Kazakhs – in ‘re-education’ camps in its Xinjiang Autonomous Region. Beijing claims this is in order to counter Islamist militancy. In Kyrgyzstan, which shares borders with China and Kazakhstan, this has led to a rise in anti-Chinese protests. Kazakhstan could very well experience similar unrest, or terrorist violence, in and around Almaty, if the threat is not effectively managed. Couple this with the rising and unchecked radicalisation of Kazakh youths, the terrorism risk will become more of a concern for the state and Chinese interests.

The Kazakh government, now and in the post-election period, will still be contending with numerous security, political and economic issues. Tokayev is certain to win and continue with current policies under Nazarbayev’s guidance. In the medium (<12 months), international companies, particularly in the oil and gas sector, will likely be able to operate in the risk environment as per norm. However, navigation through this environment may become tougher in the coming 12 months due to the aforementioned risk factors. Kazakhstan’s economy is still heavily reliant on its oil and gas sector, which has taken a massive hit due to slumping global prices.

Nazarbayev was able to transform Kazakhstan into Central Asia’s most prosperous state, even though its wealth is confined to a small elite. In his latter years in office, the longstanding president delegated responsibilities on market-oriented reforms to the heads of ministries, and this trend is likely to continue under the Tokayev administration.

According to the World Bank, the economy expanded by 4.1 per cent during 2018, largely due to stronger-than-expected production at Kashagan oilfield. The expected election of Tokayev is set to continue this economic trajectory. The World Bank also ranked the country 28th in its 2019 Doing Business report, citing reforms that have helped enable the start of business, cross-border trade and enforcement of contracts.

Major foreign energy operators, including ExxonMobil and Royal Dutch Shell, have an established presence in Kazakhstan  but in efforts to diversify its economy the government has aggressively been trying to attract other international companies, such as Airbus, Chevron and Coca-Cola. Kazakhstan is attempting to emulate the economic diversification models being practised by nations such as Saudi Arabia, United Arab Emirates and Qatar, and is now investing heavily in its tourism, transport, and technology sectors.

Many foreign businesses have been reluctant in previous years to invest in the country due to high business and political risks that were influenced by poor infrastructure, corruption and government interference, among others. These risks are likely to remain in the Tokayev era, and the degree to which they can be lowered will largely depend on further implementation and enforcement of meaningful reforms. Tokayev was the hand-picked successor by Nazarbayev, which means that his degree of autonomy will be curtailed. He is sending the right message to the outside world, but internally his government will continue to face challenges from a public that is growing restless for meaningful change.