CareersLoginContact Us
back to all
prev
18 of 88
next

This week's Americas Brief analyses Guatemala’s presidential election result, a sharp fall in Argentina's peso, and the risk of protests in Brazil over the proposed pension reform. 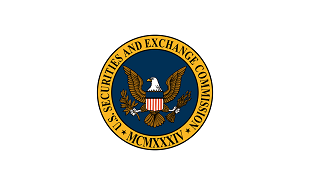 8 August: The Securities and Exchange Commission (SEC) – a financial regulator – proposed plans to relax corporate disclosure requirements, in an effort to lower the compliance burden for public companies. The proposed changes would eliminate the requirement to disclose the ‘most significant’ risk factors facing their organisation, and managers would instead be required to disclose ‘material risks’, likely referring to the possible discrepancy between actual return on investment and expected returns. In addition, the proposed changes would also remove several prescribed disclosures about a firm’s performance over the past five years, giving greater flexibility to executives to decide what to disclose. An SEC commission has 60 days to review the proposed changes after which its panel of five members will hold a vote on the matter.

Why it matters: The outcome of the vote is very uncertain, due to the highly polarised SEC commission, which is evenly divided between two Republicans and two Democrats, as well as one independent. However, should the proposed changes be adopted, this will reduce the compliance burden to some extent. Regardless, compliance officers should monitor further SEC announcements relating to the vote, while ensuring that all their processes are in accordance with SEC rules.

12 August: The Endangered Species Act, a landmark 1973 conservation law, will now allow economic factors to feature in conservation decisions and no longer include automatic protections for threatened species, according to new rules announced by Interior Secretary David Bernhardt on 12 August. These will come into effect in 30 days.

Why it matters: The new regulations enforcing the law are likely to lead to a significant reduction in species protection, particularly as economic considerations will now feature in decisions on the protection of threatened species, likely facilitating the granting of extractives permits. The move has been widely criticised by environmentalist groups; the Center for Biological Diversity’s endangered species director said the changes ‘crash a bull dozer’ through species protections.The regulations will face legal challenges – at least ten state attorneys general plan to sue the federal government over the new rules – and there is an elevated risk of environmentalist organisations launching disruptive protests in light of the new regulations; these could follow the example of Extinction Rebellion’s (ER) actions in the UK. ER also has a chapter in the US. Security managers of extractives companies with offices in major US cities, which are likely to benefit from the new rules, and firms with facilities near the US Department of the Interior, should review security measures as a precaution.

11 August: In presidential elections held on 11 August, the leader of the conservative Vamos party, Alejandro Giammattei, obtained 59 per cent of the vote, beating centre-left runner-up and former first lady Sandra Torres. He will be replacing President Jimmy Morales, who leaves office in January 2020.

Why it matters: This year’s election was plagued with corruption scandals as two of the five candidates were barred from running – which activists claimed to have been politically motivated – while a third candidate was arrested in the US on drug trafficking and weapon charges. Turnout was only 42 per cent, a 14 per cent decrease from presidential elections in 2015. Firms with interests in Guatemala should factor the change of government into strategic planning. Staff should monitor updates and exercise caution when visiting major urban areas, especially in Guatemala City, as the election results heightens the risk of opposition protests in the one-week outlook. Staff in the country should monitor local updates, exercise heightened vigilance, and avoid all protests as a precaution.

6 August: Two armed robbers stole around USD2.5 million worth of gold coins from the national mint, located on Paseo de la Reforma, the most important thoroughfare in Mexico City. The men – one of which was armed with a pistol – reportedly threatened guards at the Casa de Moneda building, located adjacent to the US Embassy, before entering and stealing 1,500 gold coins from an open vault. The men then fled on a motorcycle before police arrived; no injuries were reported.

Why it matters: It is likely that the robbers had insider assistance, particularly given that the targeted vault was open at the time of the incident. While violent crime has risen significantly in Mexico City over the past two years, armed robberies like this are very rare, particularly on Reforma avenue, one of the capital’s key business areas, which is also home to popular tourist sites including the Angel of Independence monument. Security managers of facilities in Mexico City should regularly review security measures to ensure these are commensurate to the threat panorama. Business travellers in the capital should exercise heightened vigilance and avoid overt displays of wealth, which are likely to attract the attention of criminals.

7 August: Venezuela’s vice president, Delcy Rodríguez, stated on Twitter that a grain ship carrying 25,000 tonnes of soybean meal to the country had been stopped in the Panama Canal after it was informed by its insurance company that it could not take the cargo to Venezuela under new US sanctions. In a statement, Panama’s Canal Authority said that no ships had been halted in the waterway.

Why it matters: While Rodríguez offered no details on the vessel’s identity, her claims are credible given the recent sanctions and associated compliance risks facing international shipping companies; US national security advisor John Bolton has suggested the sanctions, which target US companies and persons dealing with the Venezuelan state, could also apply to non-US nationals or companies. Shipping companies and their insurers should assess vessels’ exposure to the US sanctions and ensure full compliance.

11 August: Governor Wanda Vázquez Garced announced the suspension of a USD450,000 contract to rebuild the territory’s power grid with Canadian consultancy Stantec, without giving further explanations. Vázquez also said her government is reviewing all government contracts, in an effort to reduce spending; this follows years of growing debt as a result of attempts to rebuild the territory after the passage of destructive Hurricane Maria in 2017.

Why it matters: The move is likely an attempt to appease anti-government protesters, who have staged mass rallies since mid-July. These forced the former governor to resign on 2 August over corruption allegations and public outcry due to inappropriate text messages sent by the former governor to member of staffs. Public debt in Puerto Rico has increased markedly since Hurricane Maria; state-owned Puerto Rico Electric Power Authority, which is one of the most heavily indebted institutions, has USD9 billion in outstanding debt. Other large infrastructure contracts are now at risk of increased scrutiny and investigations over the six-month outlook. A2 Global advises companies that have participated in bids for government tenders to ensure all their encounters with officials have been above board, and anticipate increased scrutiny from authorities. 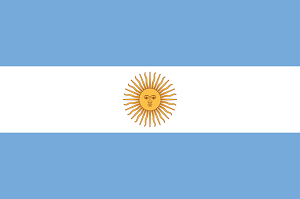 12 August: The Argentine peso fell by 15 per cent against the US dollar, and the MERVAL stock market index crashed by 31 per cent. This came after leftist presidential candidate Alberto Fernández secured an unexpectedly large victory against incumbent president Mauricio Macri in primary elections held on 11 August. Fernández received 47.7 per cent of the vote against Macri’s 32.1 per cent.

Why it matters: Although the main coalitions have already chosen their presidential nominees, the primaries serve as an indicator of public opinion ahead of October’s presidential race. The sharp declines in the peso and the stock market index reflect markets’ concerns over the increasingly likely election of Fernández as president, who has pledged to renegotiate Argentina’s stand-by agreement with the IMF. A2 Global assesses that an outright victory for Fernández is now the most likely outcome of the first round of the election. Firms with interests in the country should anticipate incremental falls in the peso in the two-month outlook, and adjust financial planning accordingly.

7 August: The lower house voted 370 to 124 to approve President Jair Bolsonaro’s proposed pension overhaul. The lower house had already approved the bill in July, however as it mandates changes to the federal constitution, it must pass both the lower and upper houses twice. The bill now moves to the Senate, where the first vote is expected to take place in September or October.

Why it matters: The country urgently requires reform to its generous pension system; the federal government currently spends 40 per cent of its budget on pensions, fuelling a large national debt. The bill includes increases to worker’s contributions as well as men’s and women’s retirement ages, to 65 and 62 respectively. Despite opposition from many unions and civil society groups, the bill is likely to pass in the Senate, given the wide margin with which it passed in the lower house. In the one-month outlook, this heightens the risk of protests against the reform, particularly in the capital Brasília and other major cities including São Paulo and Rio de Janeiro. Staff in large cities should monitor local updates, anticipate likely protests, and avoid these as a precaution.

Venezuela – Maduro suspends talks with opposition over US sanctions

7 August: President Nicolás Maduro ordered representatives of his government not to travel to Barbados for talks with representatives of national assembly leader and self-declared interim president Juan Guaidó, which were scheduled to begin on 8 August. A government spokesperson said the decision was taken after the imposition of US sanctions on the Venezuelan government, which it claimed Guaidó had ‘celebrated and promoted’.

Why it matters: The talks, which had been ongoing in Barbados since July, have yielded little progress. Maduro’s government has offered no indication that it is willing to call new presidential elections or enter into a negotiated settlement, despite the gradual worsening of the country’s economic, political, and humanitarian crisis. While the US continues to target Venezuela with new sanctions in a bid to constrain Caracas’ few sources of funding, Russia, China, and Cuba have each offered support to Maduro’s government; Chinese firm Wison Engineering Services Co., for example, is repairing several of its delipidated oil refineries. Companies with interests in Venezuela should not anticipate a change to the political status quo in the one-month outlook, and assess how the deteriorating economic situation affects operations in the country.